If there’s one thing I realize, Chicago’s Deep Dish Pizza has what I would like to call the Buco Pie Syndrome.

What exactly is the Buco Pie Syndrome?  Buco Pie is one of the best desserts in Laguna, a province south of Manila in the Philippines.  Every store and every name that sells this pie claims to be 1) the original; and 2) the best.

It’s the same for the Deep Dish Pizza (also known as the Chicago-Style Pizza).  Each street has a store selling it, with each shop claiming to be the best.  The deep dish is a culinary pride of Chicago.  They’re very delicious, thanks to the overload of ingredients per pie.  Looks-wise, it is the extreme opposite of New York’s thin crust.  And come to think of it, the deep dish pizza is almost as thick as a quiche, pie, or a small cake.

The funny thing is appearance-wise, they all tend to look the same, as you will see.  Traditionally, the pizza has cheese on the bottom.  On top of it would be the toppings.  And finally, tomato sauce is spread on top.  The pizza is about 3 inches deep, which is why it is usually eaten with silverware rather than one’s hands. 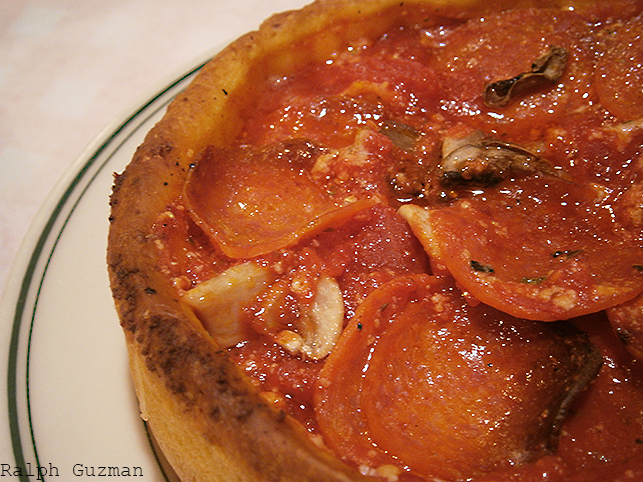 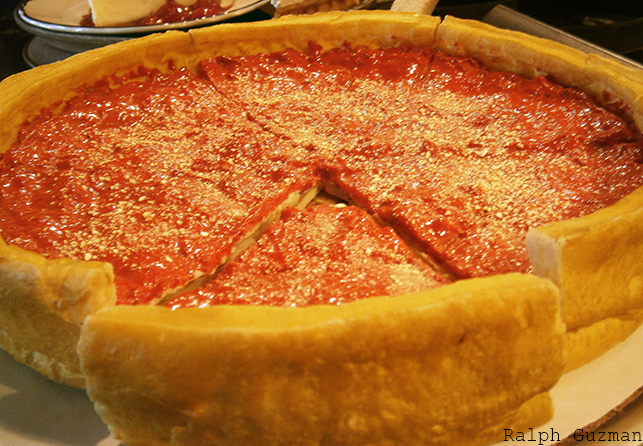 And the Best Deep Dish Pizza of Chicago Goes to… Lou Malnati’s! 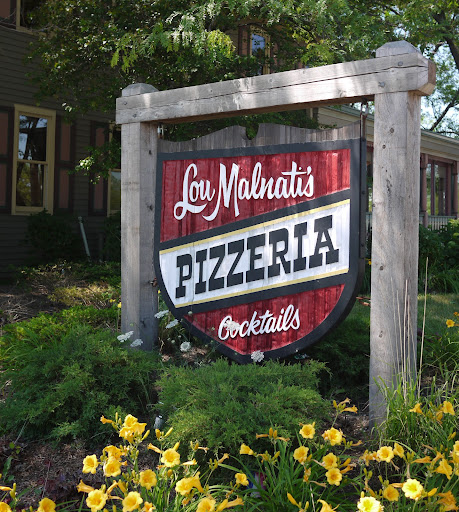 I know people have their favorite.   Just to be clear, this is simply my personal review, and all three tasted fairly good. Here’s the bottom line: make sure you have a deep dish — or two — when you find yourself in Chicago.  And no matter what “team” they belong to, we know how Chicago’s residents are very proud of this dish.  And with good reason.

* Check the website of the three pizzerias as well as other reliable online directories to find out their exact addresses.

* Special thanks to my sister Gianina for some of the photos.