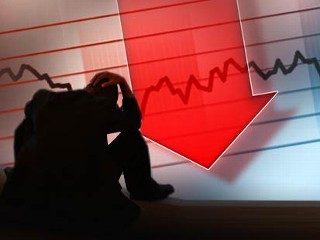 We are now is in the midst of two storms.

Tuesday night, typhoon Pablo made landfall in Eastern Samar. The whole nation prays for minimal damage, as the government, through the National Disaster Coordinating Council implements all the appropriate measures before, during, and after the typhoon.

The other storm, of course, is the economic turmoil in the United States, following the failure of the US House of Representatives to pass the $700-B rescue/bailout package that was hoped to save the US from going into a full economic collapse.

President George W. Bush has pressed the panic button, warning that failure to pass the measure would bring America to a crisis, reminiscent of the Great Depression in the 1930’s.

Following the failure of the US government to pass the rescue package, we realize that the next few days will be very, very crucial.

Let’s hope that as America enters into the last few weeks of the election season, politicians will decide to do what is truly right for its citizens and the rest of the world.

The world anticipates America’s Plan B.

We realize all too very well that if the US were to fall, the markets of many other countries may follow. Just immediately after the fallout, we have seen the biggest loss in Wall Street history. We have seen other markets worldwide fall as well, including the Philippines.

For now, the immediate impact in the Philippines has not been as bad. Economists and analysts claim that we’re not very much in danger. But of course, the government cannot sit on its laurels. Needless to say, it will need to come up with concrete measures to cushion our country from a collapse.

As analysts explain that the Philippines is not very much directly affected by the subprime crisis, our country is still very much affected by a depreciating peso, which is happening. The peso is now 47 pesos to a dollar. And we all know that any drastic depreciation of the peso will lead to higher oil prices and higher inflation.

Still, if there is one good thing about the market’s reaction, oil prices immediately fell to as low as $93 per barrel. Well, at least that’s good news for us, if such trend were to continue!