If there’s one thing I’m loving about Chicago, it’s the great variety of hole-in-the walls, featuring different cuisines from all around the world.

After all, wherever you go, you will always, always see a Chinese restaurant, a French café or bistro, a sushi bar, or a restaurant known for continental dishes.  Where I’m from, you don’t, however, commonly see restaurants specializing in Ukranian, Armenian, or Argentinian cuisine.  You see these cuisines in food cities like Chicago.
Neither do you see food from Georgia. Nope, I’m not talking about the American State. I’m referring to a former state of the Soviet Union. 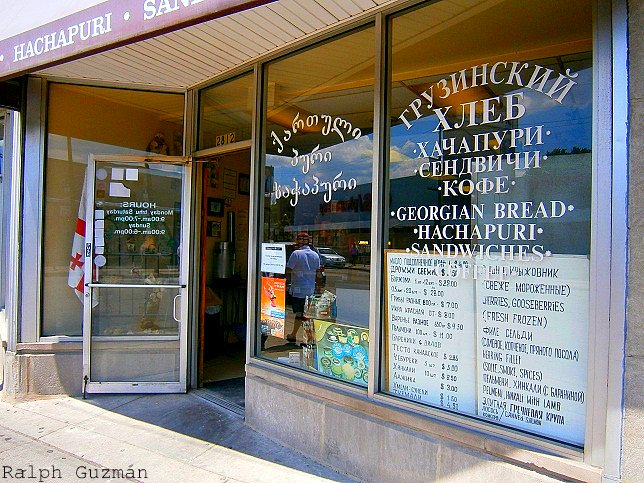 And so, when I was invited by my uncle to check out this Georgian bakery called Argo.
Argo is in the Devon neighborhood,  a few train stations away from downtown Chicago. This hole-in-the-wall bakery actually seems out of place in the neighborhood, known for many years as a home for Indians, Pakistanis,  and even Jewish residents.
The first thing that struck me about the place is the aroma of baked puff pastry. Everything is freshly-baked, and you can see Georgian bakers preparing the breads. So yes, the breads are really fresh from the oven.  The bakers–two senior gentlemen– were very gracious and allowed me to take pictures of what they were doing. 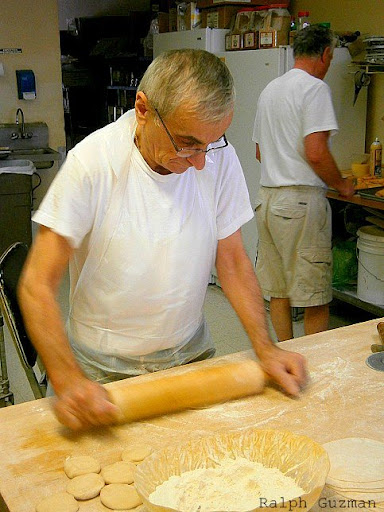 The Hachapuri is their best seller. It’s a cheese pie with mozarella, farm, and feta cheeses. Loved, loved it! The combination of cheeses was superb! The feta and farm cheese made it creamy, while the mozarella made it chewy. And the pastry? It was so flaky and tasty. It is obvious that they don’t skimp on butter when they make puff pastry. 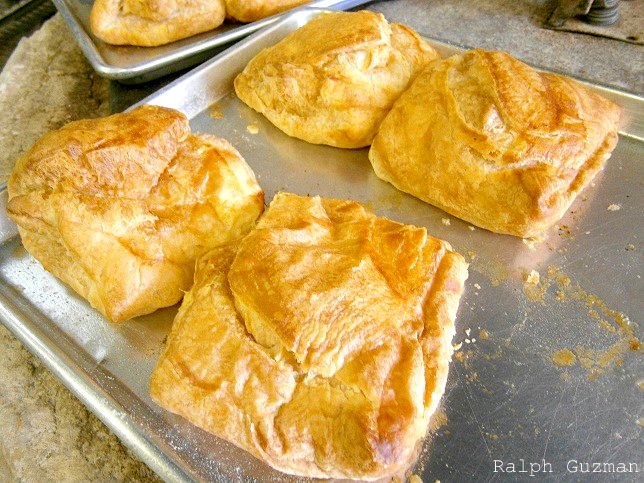 I also had the Lobiani, a red bean pie. The red beans are  mashed and added to it are coriander and other herbs and spices. It’s a tasty treat too, and red beans are a great filling to flaky, buttery puff pastry.
For dessert, I had the Tapluna, a honey and walnut pie. I found it just a bit too sweet, but the walnuts are able to complement and balance it. I fully got to appreciate it when I ate it alternately with the Lobiani. Yum yum!
Keeping true to their Georgian and Soviet roots, they serve mixed berry sodas from Russia, which are also reasonably-priced. They are very refreshing, and they sure can quench one’s thirst especially on a hot day.
Argo bakes its goods using their own specialized brick ovens. As you can see in the picture below, they’re unique themselves. Notice that the finished products are placed on top of the oven lids, which keep all the pies warm. 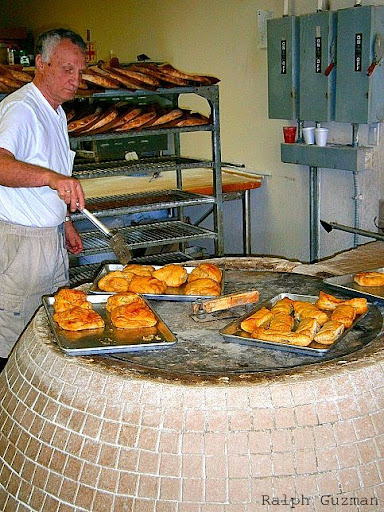 You’ll only spend around $5 to $7 per person, so it’s very reasonably priced. 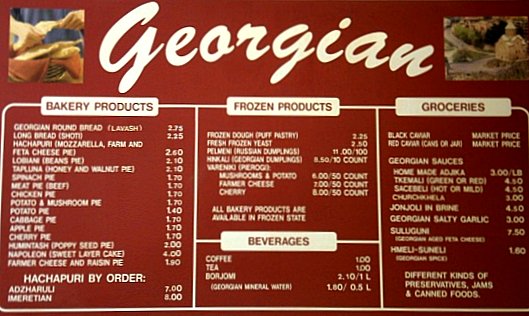 I heard that Argo is one of the only two Georgian bakeries in the States, the other being in New York.
Argo is located at:
2812 W Devon Ave
(between California Ave & Mozart St)
Chicago, IL 60659
Neighborhood: West Rogers Park